Like anybody in the tech industry, I’m always wondering where we're headed. If we’re already seeing a colossal pace of change, where will we be in 10 years? Blockchain is just one of many examples, having come on in leaps and bounds since the turn of the century. As an entrepreneur, it’s not enough for me to look at the usual two to three-year horizon. It’s time to push the boundaries and see where blockchain will be in 10 years.

It’s now been 10 years since the explosion of decentralized finance (DeFi) protocols, and their subsequent governance structures. In 2020, we were only just beginning to build trust in these protocols, by putting them in the public domain. We soon came to acknowledge their capabilities for enterprise, such as:

Fast forward to 2030, and we’re seeing blockchain being used as a core component for tech projects. Huge advances have been made in the corporate and government sectors that have adopted them.

Hyperconnectivity for a better world

By now, most major supply chains are powered by blockchain. In doing so, they’re linking a number of carbon registries, which have proven instrumental in tracing emissions offsets. A further benefit was the ripple effect on other countries. We’ve now seen a significant corporate uptake in helping countries comply with the UN’s Paris Agreement.

We’re left with a powerful trifecta:

These combined forces have helped to address many of the “last-mile” projects that disrupt so many carbon offsetting initiatives.

With the widespread adoption of 5G, many other sectors have started to provide hyper-connectivity between devices. This is making waves in the mobility sector.

The internet’s layer of trust

Blockchain has accelerated innovations in cyber security by providing a new ‘trust layer’ between devices, people and organisations.

These advancements simply didn’t exist before. Blockchain has established itself as a new foundational layer atop the Internet’s TCP/IP application protocol. This has led to widespread developments in better, more efficient services.

Of course, much of the core plumbing of the internet – TCP/IP, DNS, TLS remains. Today, however, encryption curves have been enhanced to resist against quantum computing. This in itself is edging closer to becoming a ‘useful’ technology.

Thousands of different blockchain protocols exist in different corners of the internet; however, the big two still dominate: Bitcoin and Ethereum.

Tim Wu summed it up a decade ago. Every piece of modern communications technology has eventually succumbed to the controlling embrace of government and corporations.

It stems from a well-worn problem: user stickiness. Just like consumers would jump from one mobile app to another, decentralized platforms suffer similar challenges. This is compounded by the fact that users can ‘bring their data with them’.

Crypto trading comes to the fore 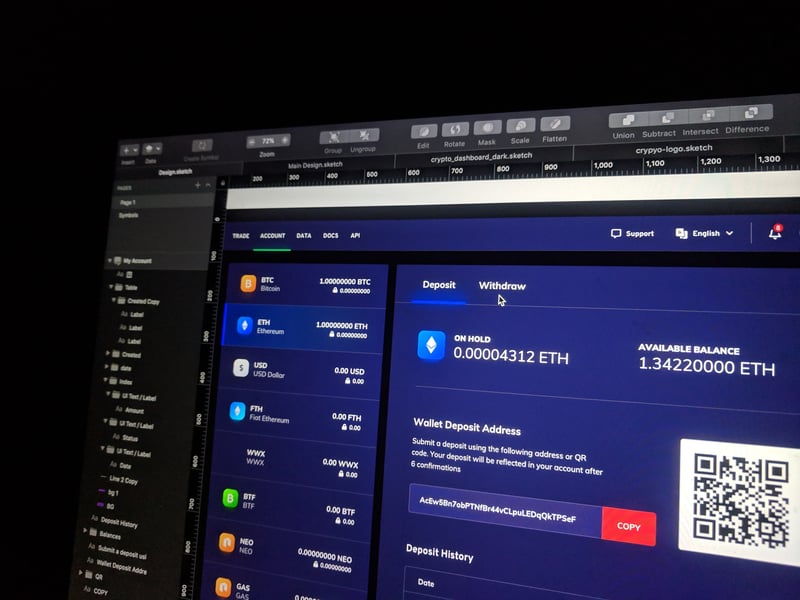 Back in 2020, we saw the seeds of this future being planted. Crypto trading apps and payment cards were exploding. They offered users a simple way to earn, hold and invest in cryptocurrencies. Deficit-driven inflation in the developed world led to a stagnation of returns on fiat currencies. This encouraged increasing numbers of people to try crypto to get a better return on their savings.

Certain innovations are well-positioned to change how the underlying financial infrastructure works, such as Central Bank Digital Currencies, payments and T+0 settlement. Bilateral reconciliation via trusted intermediaries is a relic from the past. A similar pattern developed in the 2010s, where the emergence of SaaS platforms drove software from managed data centres to the cloud.

But ultimately, these innovations have brought greater efficiencies to the markets they have served. They’ve removed some intermediaries in the process, but they haven’t displaced the entire system. We could argue, in this case, that crypto was a ‘failed revolution’.

It’s a rosier picture for the world of enterprise. Large multinationals still exist, and with those, a number of core enterprise blockchain protocols have thrived. Quorum, Fabric and Corda dominate. Numerous other protocols are in circulation, but the combination of community and first-mover advantage for these earlier platforms helped cement their position.

They've been running at scale for many years, and helped support myriad transitions. For example, we now see central bank digital currency across much of Europe, the Americas and China (underpinned by its Blockchain Service Network).

Public protocol adoption with Ethereum 2.0 has also skyrocketed. This allows corporates to transact on top of public networks in a secure manner at speed, in an approach pioneered by the Baseline Protocol. It’s analogous to how VPN allowed organisations to operate securely on top of the internet.

However, not everybody has taken this route. Some continue to prefer complete control over their underlying infrastructure – unfortunately, at a greater cost to the overall network.

But as is always the case with technological innovations, picking the right problem-solving technology is key. Fortunately, by 2030, blockchain is no longer the shiny new tool in the toolbox. It’s proven its value and is empirically dependable. In some cases, it’s even led people to reminisce about the ‘good old days’ – surmounting the inefficiencies and workaround in a world without blockchain.

New video - 'What is...
What will the future of...
Web3j Community Update