Blockchain “going mainstream” has been the talk of the industry for years now. But with its already significant footprint in many of the world’s biggest companies, the better question is, “Who hasn’t adopted it yet?”

One of the best examples for this is the annual Forbes Blockchain 50 list, where they showcase companies with a revenue above USD 1 billion that have already implemented the nascent technology, as well as how far along that implementation is. The article itself states that blockchain has gone mainstream, with 21 newcomers to the list proving that the number of high-profile blockchain implementations is steadily growing. 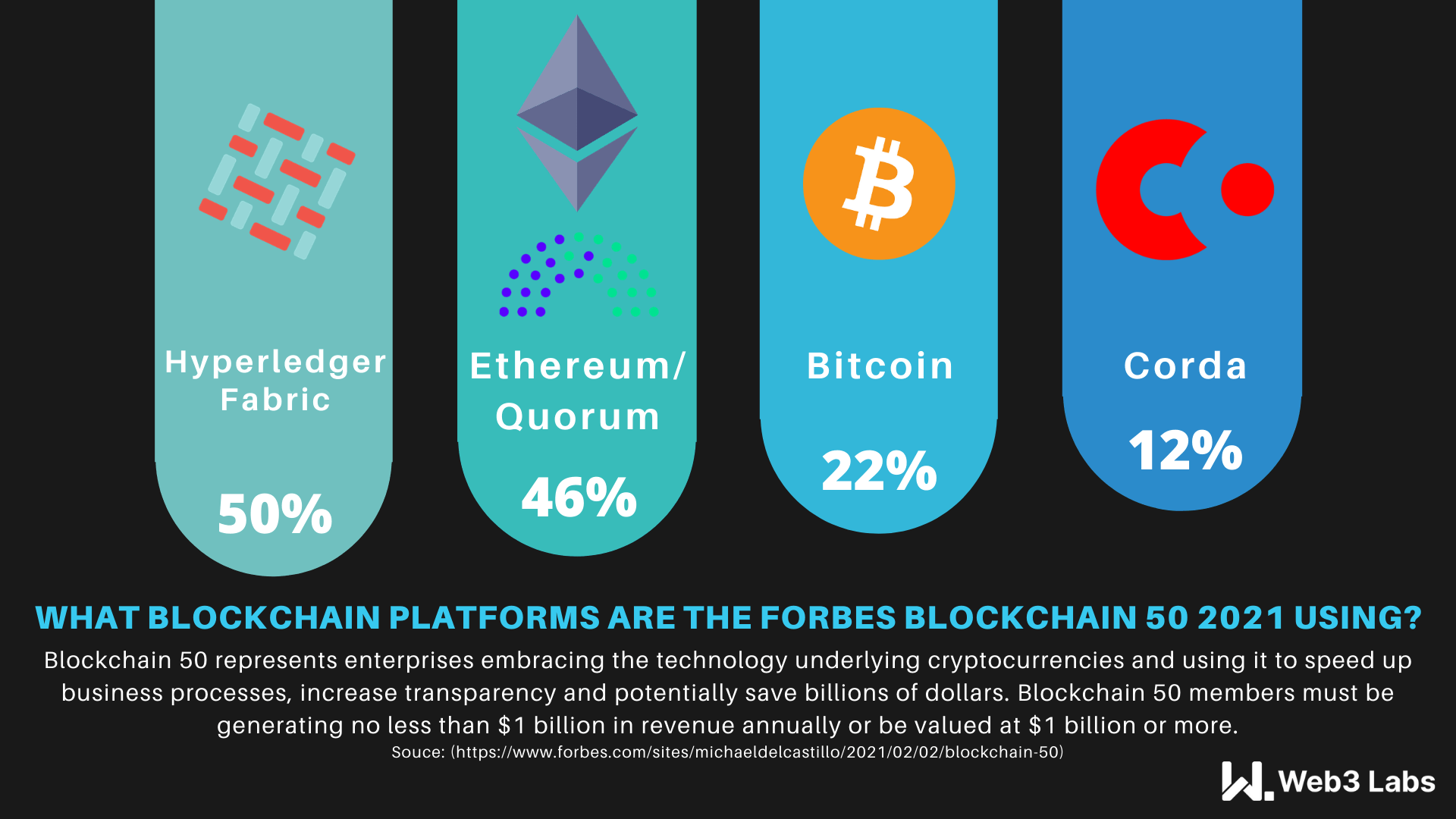 Most of the listed companies use more than one blockchain platform, as many run several projects. Some—most notably the ones dealing in cryptocurrencies—only use public blockchains that host those coins. As we consider Hyperledger Fabric, ConsenSys Quorum, and R3 Corda the best enterprise-level blockchain providers, we will go through the different companies currently using them.

The enterprise-grade blockchain that was originally contributed by IBM and Digital Asset is by far the most popular on the Blockchain 50 list, used by a total of 24 businesses:

ConsenSys Quorum, based on Ethereum, is also popular with large enterprises looking into using blockchain:

While not nearly as popular as the previous two, at least when it comes to these top 50 companies, Corda has still left its mark on the major blockchain platform ground. As each company using Corda is already using one or both of the previous two platforms, we’ve omitted the detailed descriptions of the use cases in question. These companies are:

The days when blockchain was a vaguely understood technology that seemingly only served to power Bitcoin—also a grey zone for many people—are long gone, replaced by the technology’s boom in several major industries. With many of these companies spearheading the research into as many different use cases as possible (sometimes exceeding 50 projects, as we’ve seen), blockchain is already widely considered the best choice for a number of projects.

Do you know of other notable blockchain implementations that are not on the list but should have been covered nonetheless? Let us know in the comments! Interested in finding out whether blockchain is the solution to the pain points of your own business? Watch our video on What Is Blockchain Great At? or sign up for one of our upcoming Principles of Successful Deployments webinars, which will cover even more ground and attempt to answer all the questions you have. 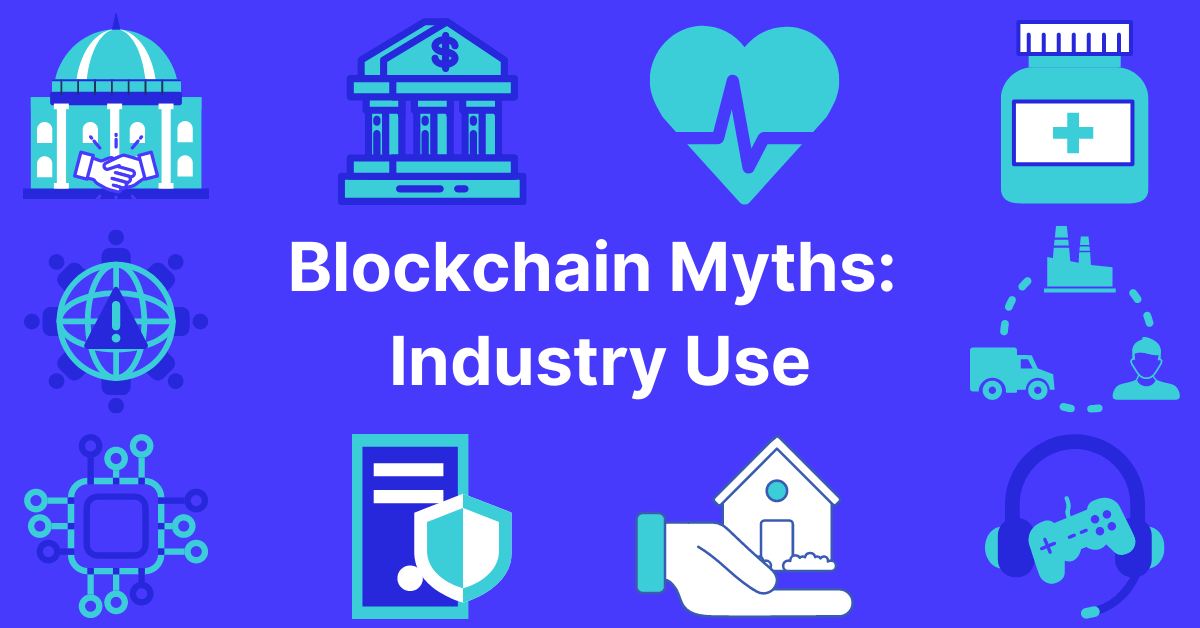 New video - 'Why blockchain is great for digital fingerprints'