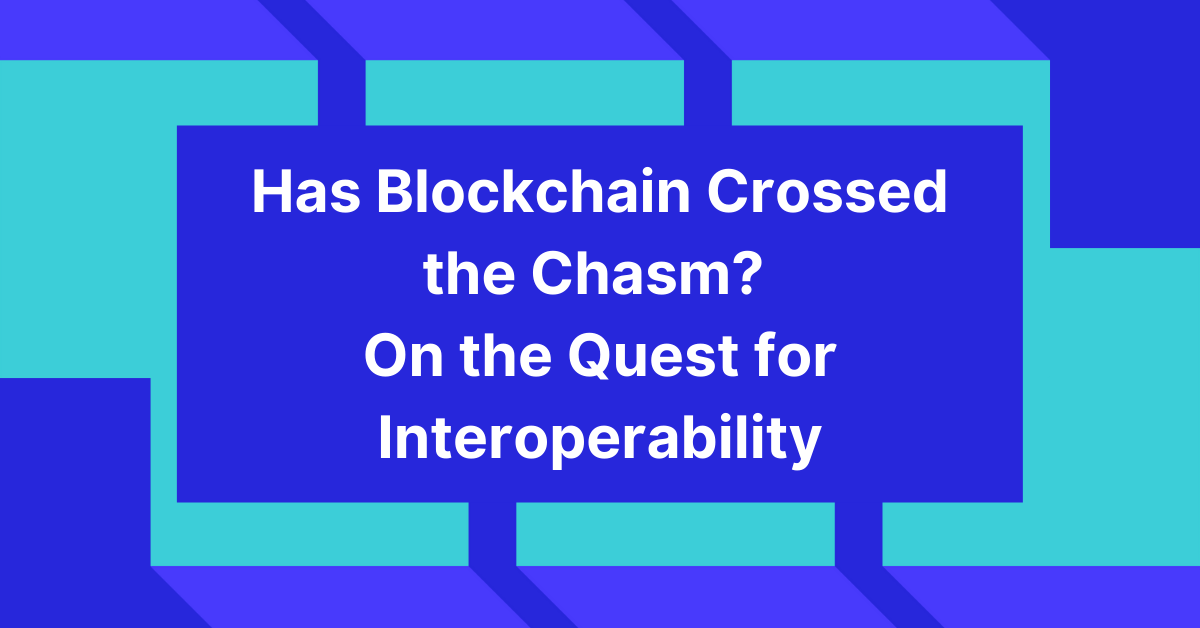 Has Blockchain Crossed the Chasm? On the Quest for Interoperability

One of the major phenomena that have marked the 21st century, blockchain technology is certainly on a roll. According to decentralized finance analytic website DeFi Pulse, the current Total Value Locked (TVL) of the market is more than $111 billion and rising, as it moves on an unstoppable road toward mass adoption.

Its adoption trajectory is moving twice as fast as that of the internet itself, speeding up with the explosion of NFTs (non-fungible tokens) and blockchain games. Many believe the technology has already reached its own Netscape moment back in October 2021, culminating with the first-ever Bitcoin ETF hitting the market.

Observing its expansion so far, blockchain may very well be in the third phase of its adoption lifecycle. This is the phase that Geoffrey Moore, in his 1991 book Crossing the Chasm, called “the early majority”. In it, the early majority carefully assesses the technology before adopting it. This phase is preceded by two others: the innovators or technology enthusiasts and early adopters discovering the new technology.

Once the early majority has finished evaluating the technology, it is expected to cross in the late majority phase, in which it will be fully established. After that, there’s only one phase left - the laggards or late adopters joining the party.

This major adoption cycle is fuelled by the countless blockchain projects joining the space with each day, the development of the Layer 2 scaling solutions, 3rd generation blockchains, private blockchains, and more. This has all led toward the proliferation of their networks.

That said, the mass adoption of blockchain is impeded by certain obstacles, among which the lack of interoperability stands out the most.

This obstacle causes a major headache for developers of decentralized applications (DApps) and prevents their mass adoption. Specifically, transactions between different blockchains are hindered by the increasing fees and network congestion with the growing number of users.

As a result, both users and developers are limited only to the Ethereum ecosystem, without an opportunity to tap into any value arising from other platforms. This is especially discouraging for developers in high-volume sectors such as gaming, who are looking at various solutions to help them.

Even Ethereum’s founder Vitalik Buterin has drawn attention to this problem, saying it was “embarrassing that we still can’t easily move between the two largest crypto ecosystems trustlessly”. In his tweet, he referred to Ethereum and Bitcoin and has called for investing resources towards developing a decentralized exchange system between them and between Ethereum and other blockchains.

Unfortunately, many of the existing solutions have been slow to deliver.

Cross-chain bridges are key to interoperability and adoption

One of the ways to address the lack of interoperability that hinders mass adoption is bridge networks or cross-chain bridges on Ethereum. Bridges refer to permissionless apps that enable users to send and receive assets between blockchain networks.

At the moment when Buterin called for them, it was the folks from Hybrix that responded to his tweet, saying they were working on the solution already. After Hybrix, other bridge networks have joined the stage, fuelling the explosion in their popularity. Today, there are already multiple bridge networks that migrate tokens between Ethereum and other networks, moving the focus on cross-chain interoperability.

Some of the popular examples of these bridges include Binance Bridge, Avalanche Bridge, Solana Bridges (Sollet, Allbridge, and Wormhole), Fantom’s AnySwap Bridge, Polygon Bridges, and Rollup Bridges like Optimism Gateway and Arbitrum Bridge.

Interoperable solutions in the form of trustless bridges present a potential solution to specific problems plaguing blockchain at the moment.

Thanks to tokens not leaving their blockchains during transactions but being burned there and their equivalents being minted on others, the token supply can remain constant, while volatility is decreased.

Trustless blockchain bridges are also the better choice over federated ones as they provide more decentralization, transparency, and don’t require meeting any specific criteria for deployment. They are maintained by incentivized validators, operate on mathematics, and leave no room for human error.

In addition to lack of human error, trustless bridges have additional advantages, including inherent transparency and - interoperability between distinct blockchains. As a result, Ethereum can be relieved of some of the traffic as it is offloaded to other blockchains.

By reducing the congestion in blockchains with high transaction volumes, trustless bridges provide DApp developers and users with a smoother communication and transaction experience. This is where the future of decentralized blockchain technology lies.

For the dream of mass adoption of blockchain and decentralized finance to become a reality, the major obstacle of the lack of interoperability needs to be addressed. With interoperability, the traditional narrative of using one blockchain over the other is replaced by the one of collaboration between different blockchains and their joint utilization for a specific purpose.

Trustless bridges are currently one of the most efficient ways to achieve this interoperability, as well as allowing blockchains to flourish together. By making such solutions a standard that is publicly available and open, both DApp developers and users will gain access to a world of opportunity, which will bring the technology one step closer to mass adoption.

Have any questions or comments for us? Tell us what you think! If you want to learn more about blockchain, its growth, problems, and newest developments, then check our blog or listen to our enlightening Blockchain Innovators podcast. 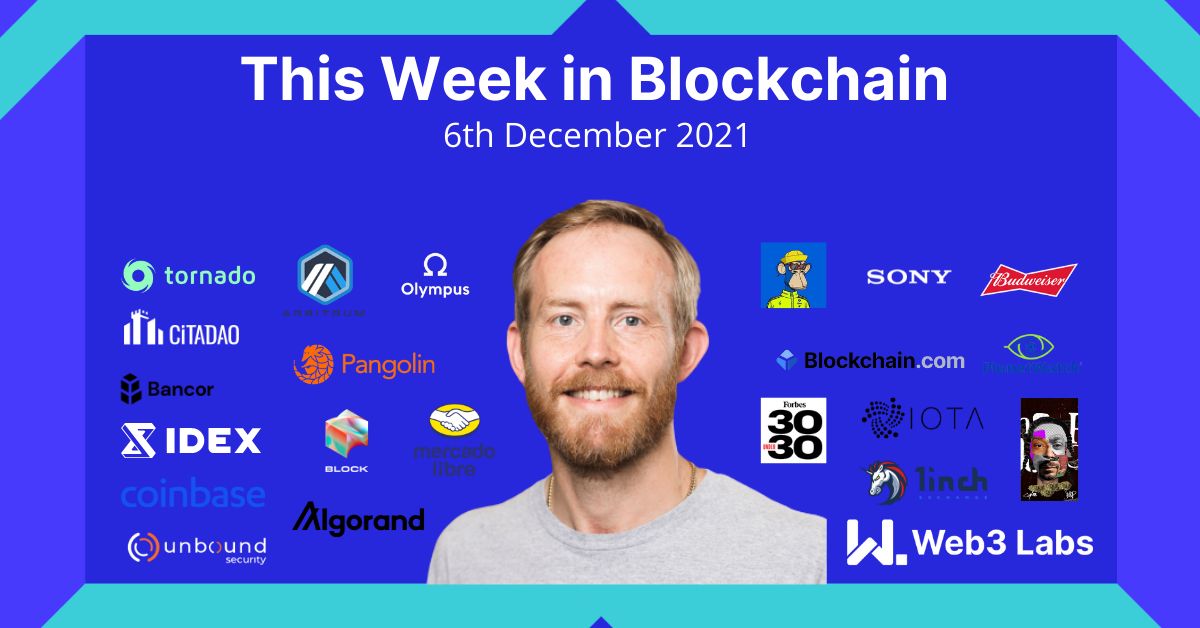